In 2011, shortly after we got married, we went on a short mission trip to Kenya. We went to Africa to assist at a hospice and visit with the children at an orphanage in the village.  We spent a lot of time in prayer and struggling with understanding why God placed us on this trip and how our skills could best contribute to the team.

One day while walking home from the hospice, we passed the Kipkaren River and both personally heard God speak to us.  After taking a few minutes to individually process what we heard from God, we shared with each other and were amazed that God shared the same message with each of us.  We realized that God invited us to Kenya to open our eyes and hearts to the idea of serving in overseas missions in a longer term capacity. 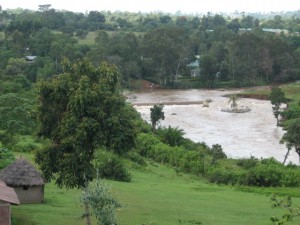 When we returned to California, we began researching mission sending agencies and spoke informally on the phone to a few.  After hearing about our work on college campuses, an acquaintance asked us if we had considered serving as dorm parents.  We had no idea that dorm parenting was a ministry position and were floored that our skills in residence life could be transposed for use to further God’s kingdom!  Not long after we attended Urbana, a large missions conference, we began a 16 week Perspectives missions class. 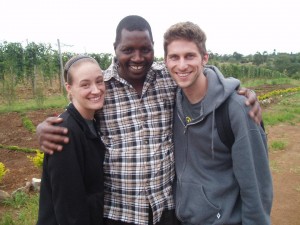 During one of the Perspectives classes a Wycliffe representative presented on the mission of Wycliffe Bible Translators and the desire to get the Bible into every person’s heart-language.  We were powerfully moved by what Wycliffe did, but knew that we didn’t have skills in linguistics.  Then the representative passed out a list of possible job opportunities within Wycliffe and we were stunned to see the role we wanted, “Boarding Home Parent” as a need.  Quickly after class dismissed we spoke with the representative and set up a meeting to discuss the Boarding Home Parent role and how our skills could be used in the Wycliffe organization.

After an extensive application and interviewing process we were extended an offer to join Wycliffe in March, 2014.